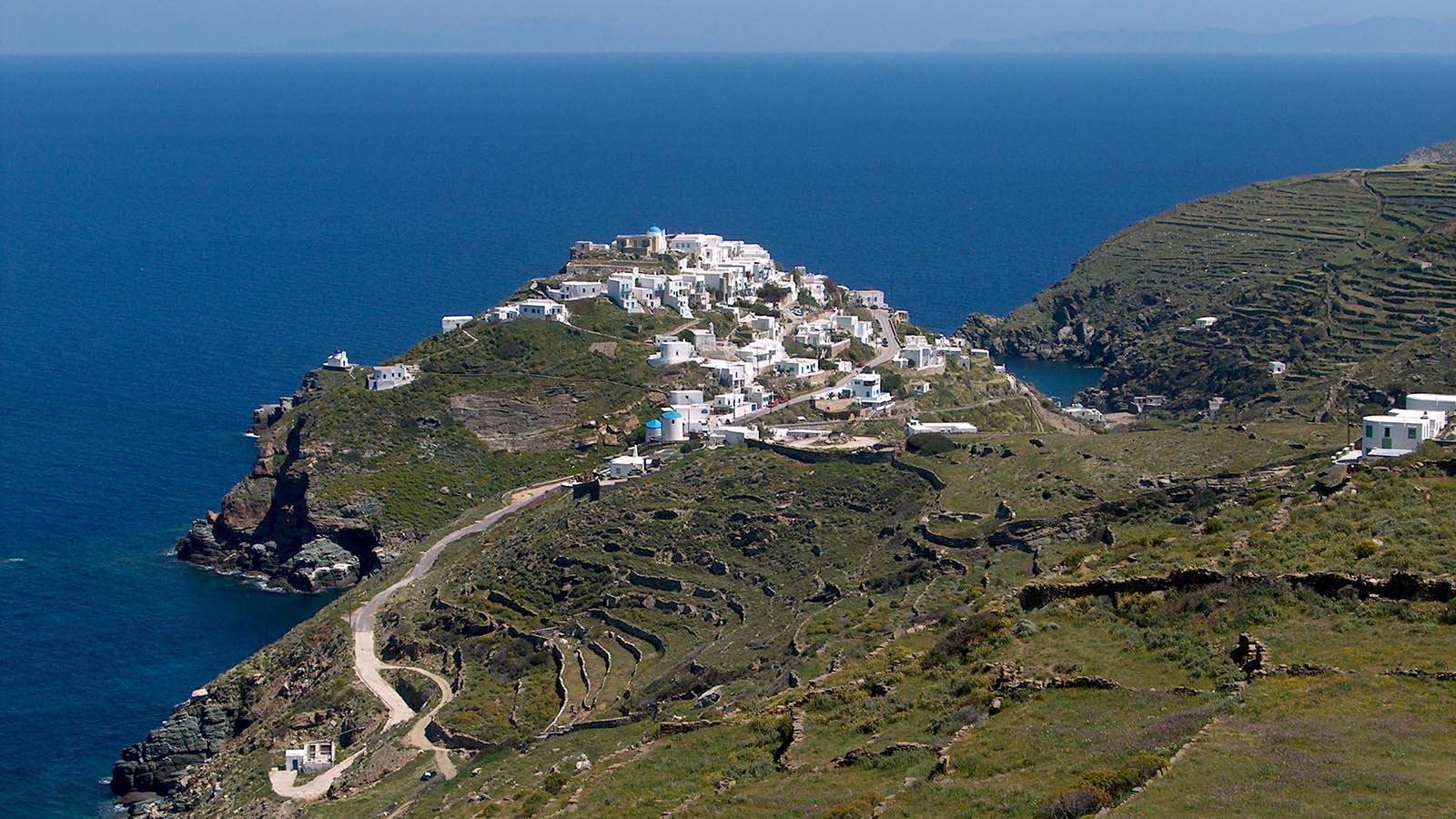 Sifnos is a medium size island in the western Cyclades located between Serifos and Kimolos.

It is approximately 130 kilometers or 80 nautical miles from Piraeus, has an area of 74,000 square kilometers, 15 kilometers long and 7.5 kilometers wide. The coastline is about 70 km, and has a permanent population of about 3,000 inhabitants.

The island has a long tradition in pottery and cooking, as it is the birthplace of Nikos Tselementes, the leading Greek chef of the 20th century. Except this it is known for the sophisticated architecture of its villages, the whitewashed houses and the beautiful churches and around them the cobblestone streets constitute a stunning scene.

The settlement of Castro stands out with its medieval architecture.

Another characteristic of the island are the stone walls, the white dominates are everywhere and in combination with the blue sky and sea and the scents of nature compose a sweet nostalgia to any visitor who wants to visit this island again and again !!

Amateur photographers inhabitants through their lens gave us the following material.

Thanks to Sophia Kakaki, Helen Komi and Nikos Psyhas for their hardware.